Debbie Guiney, president and CEO of AllCom Credit Union in Worcester, Massachusetts, is preparing to retire at the end of this year.

The $81 million-asset cooperative credit union revealed Wednesday that Guiney, who has actually been with AllCom for over 44 years, will hand the reins to Laura Ybarra, executive vice president at AllCom. Ybarra has actually been designated by the board to end up being the next president and CEO on Jan. 1.

“Over a remarkable 44-year career, Debbie was responsible for the development and success of our organization,” John Naughton, chairman of AllCom’s board of directors, stated in a news release. “Her guidance and friendship will be greatly missed by the entire board.”

AllCom was established in 1922 to serve telephone employees. The cooperative credit union’s subscription has actually considering that grown to more than 4,200 neighborhood members throughout the counties of Worcester and Middlesex.

“Laura plays a significant role at AllCom,” Guiney stated in the release. “Her intelligence, dedication, work ethic and commitment will continue to contribute to the overall success of AllCom.”

3 Ways Your Bank Can Connect to More Digital Customers 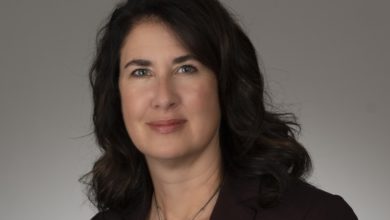